A soursop is a common name the prickly fruit of the tropical evergreen, Annona muricat. It's also called graviola, guyabano and guanábana. It shouldn't be confused with the Bermuda buttercup, which is also called a soursop. 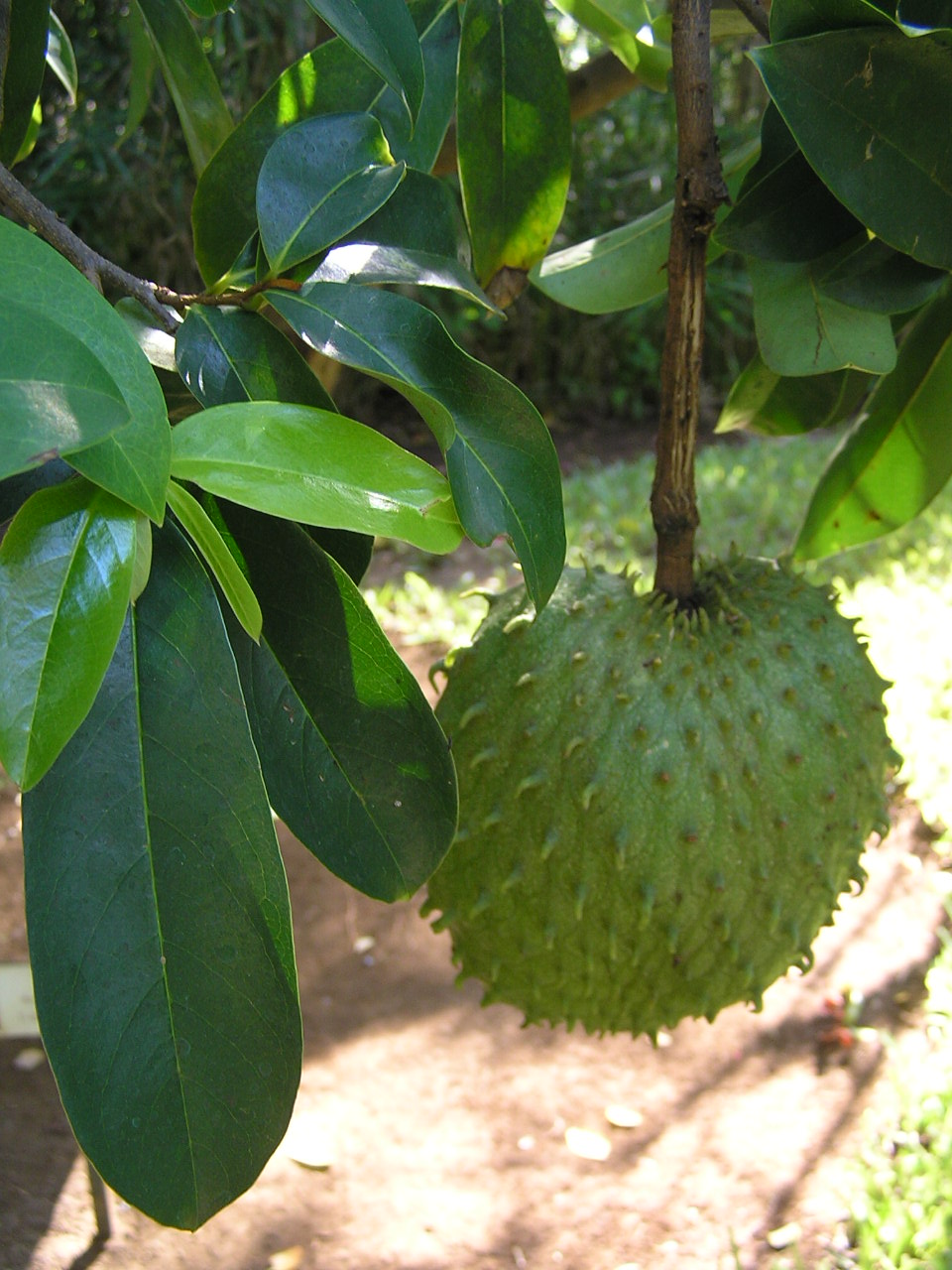 By Damien Boilley from suburbs of Paris, France - Flickr, CC BY 2.0, Link