Properly the first spelling, but this is sometimes altered to the second because most -phagous words are preceded by an -o-. Dictionaries say stress the third syllable, but I'll be danged if I can pronounce it that way. This was not coined from not Greek roots, as you might expect, but directly adopted from the existing Greek word balanēphagos, from balanos, acorn + -phagos, adjectival form of phágein, to eat. And, yes, the ancient Greeks did have balanephagous animals: pigs. Not to mention shadow-tails like these: 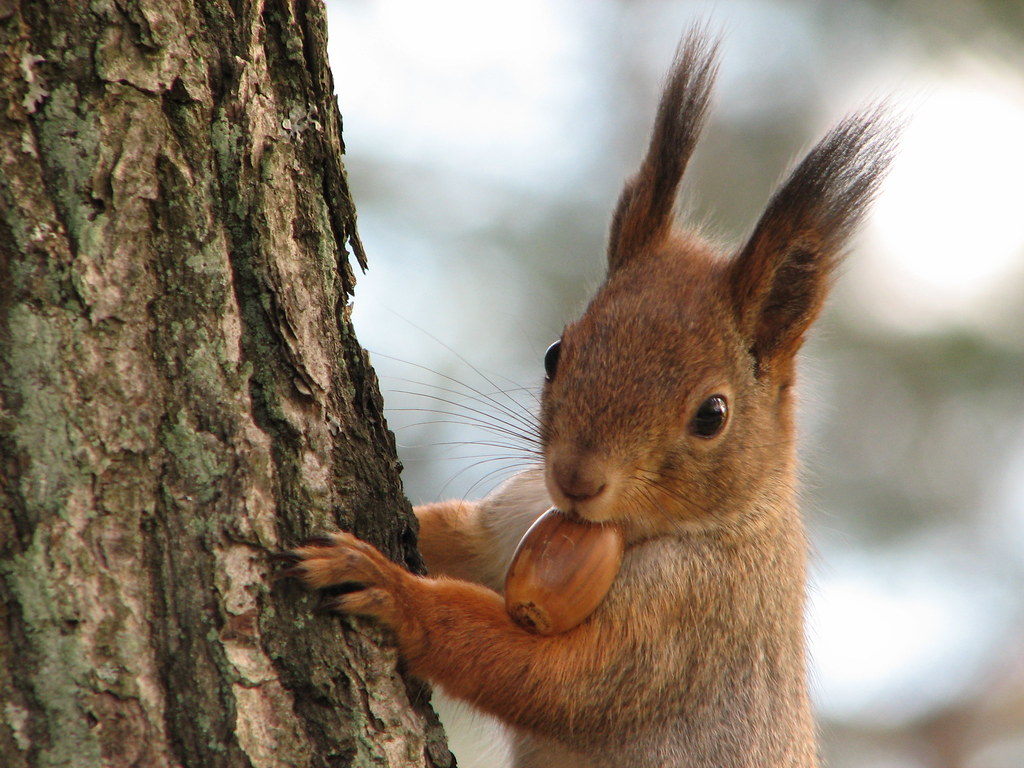 But once the harvest was over, acorns were women’s work — survival literally depended on their balanophagous activities.
—Brian M. Fagan, Before California: An Archaeologist Looks at Our Earliest Inhabitants
---L.
Tags: adjective, b, greek
Subscribe