adjective
1. of or resembling a fox.
2. cunning or crafty.

Connotation: The possibility of deception is implied when this word is used, but it also connotes a keen mind. 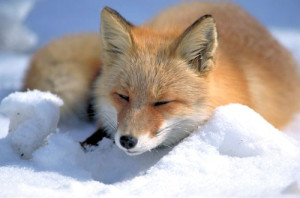 Examples from the Web for vulpine
Historical Examples of vulpine
I have watched them cover their tracks with a cunning more than vulpine.

What a kindness you have done me with your "vulpine sharpness."

Pakenham looked from the one to the other, from the thin, vulpine face to the thin, leonine one.

If so, do it; and avoid the vulpine kind, which I don't recommend.