They are closely related to, but distinct from, carps such as catfish. Several species are popular food fish, especially in Asia, where they are either fished or farmed, plus some of the brighter-colored species are popular aquarium fish. The name can be dated to the 1300s as loche, from Old French, origin uncertain but possibly from a lost word in Vulgar Latin or Gaulish meaning slug. And, let's face it, the name is fun to say. LOACH!

This one is a pond loach or dojo loach (also sometimes, along with several other species, called weather loach because they become more active during the pressure changes just before a storm) in an aquarium: 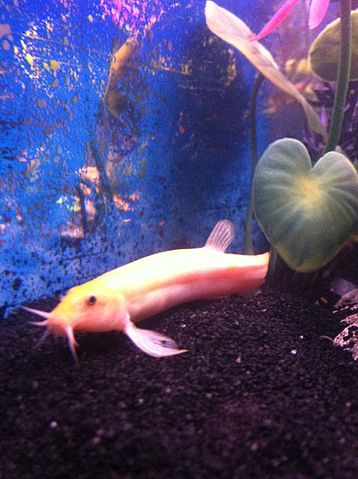 He was fascinated by the ornamental pond wriggling with goldfish and loaches.

As dedicated readers may have noticed, a few of our regular posters are missing in action. And so a long-overdue call for volunteers: Is anyone interested in becoming a regular poster?

You would have to commit to posting a previously unused word once a week, including at minimum the definition, pronunciation, etymology, and a usage example. Short commentary makes for a better word post, but isn't required, which is helpful if you're feeling short on time that day.