Members of the lily family. Often grown as pot plants because their striped leaves are decorative and, as a jungle undergrowth, they are shade-tolerant. Thus: 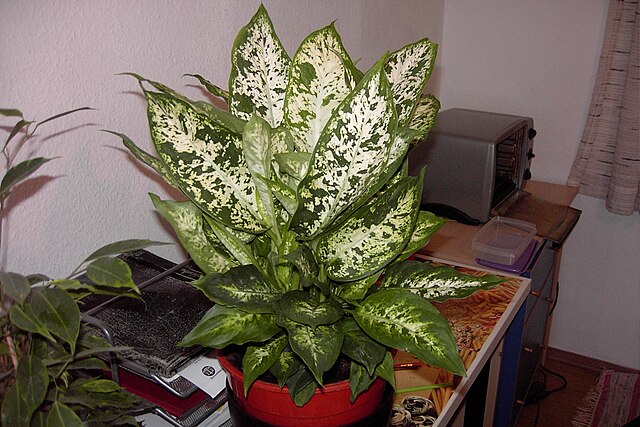 Content warning: do not eat -- they are caustic like taro. Contra urban legends, however, dieffenbachia are not deadly poisonous, just strongly irritating.

Named after either Ernst Dieffenbach (1811-1855), a German naturalist who studied the flora of New Zealand, or Joseph Dieffenbach (1796–1863), the head gardener of the Botanical Gardens in Vienna -- sources disagree as to whom. Either way, it was a posthumous commemoration and the word first appears in English around 1900.

Her office was spare, decorated with only a single, sad dieffenbachia on the side table to relieve the piles of paper on her desk.