Tarn: A tarn is a mountain lake that forms when water collects in a valley or cirque that has been dug by a glacier.

Pictured is Summit Lake, a tarn on the north face of Mount Evans and east face of Mount Spalding in Colorado. It sits at an altitude of 12,836 feet. Image source 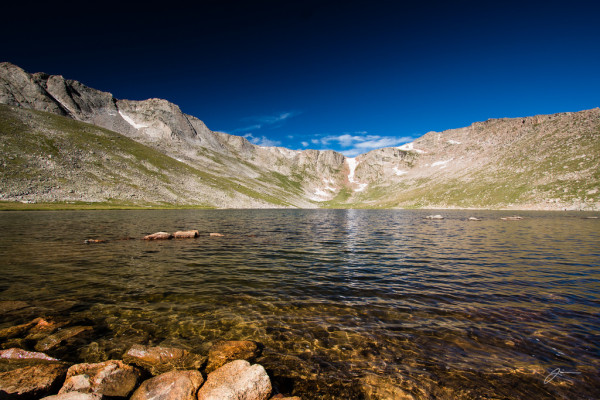 The word is also used in the region of Northern England to describe any pond thereabouts.

Variations of the word are used in Scandinavian languages to describe ponds or small lakes in forests that are closely hugged by vegetation.

sidereal (sai-DEER-ee-uhl) - adj., of, relating to, or determined by the stars; (Astron.) (of time) measured by the apparent motion of the fixed stars.


The sidereal day is slightly shorter than the solar ("synodic") day because, as the earth rotates, it also moves around the sun -- so to return to having the sun in the same place, it has to rotate further than to return a fixed star to the same place. Thus the progression of stars through the seasons. Sidereal time is irrelevant to most of us who aren't astronomers, but vitally important to them -- more important, probably, than knowing when the sun goes down and comes back up. The word was first used in this spelling in 1634, alteration of earlier sideral, borrowed in 1594 from French sidereal, from Latin sīdereus, starry, astral, from sīdus, star, constellation, probably from the PIE root *sweid-, to shine.

On the wall was a clock with three dials, showing the local, mean solar, and sidereal times.