Named for nacre or mother of pearl for their iridescent appearance,  nacreous clouds--or polar stratospheric clouds-- are rare clouds that form in high latitudes of the northern and southern hemispheres at extremely high altitudes up to 80,000 feet. This makes them receive sunlight at twilight when the sun is already below the horizon at surface level.  Due to a series of chemical reactions that occur within them resulting in the creation of active chlorine, they are directly responsible for the formation of holes in the o-zone layer. They're beautiful, but not a good thing.  :-( 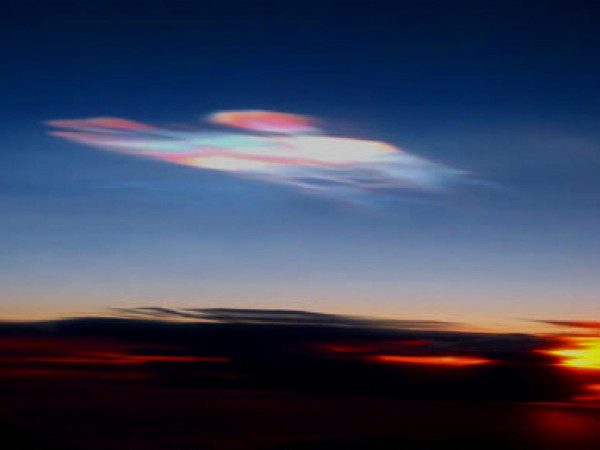